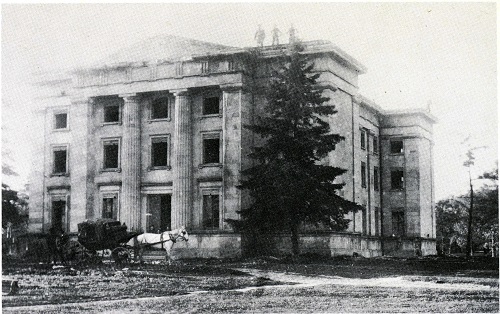 The legislature acquires the King’s College building in the area of present-day Queen’s Park in 1854 as a potential site for a Canadian federal parliament building. When Queen Victoria decides in 1857 that the federal capital will be in Ottawa, the government converts the facility temporarily into an asylum. 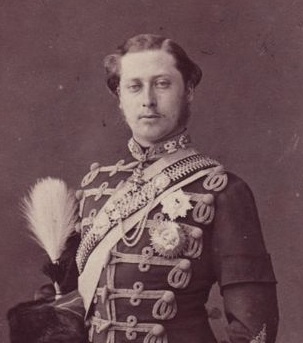 On September 11, 1860, Queen’s Park - future location of Ontario's Legislative Assembly - is opened officially as a public city park in Toronto by Edward, Prince of Wales, eldest son of Queen Victoria and the future King Edward VII. 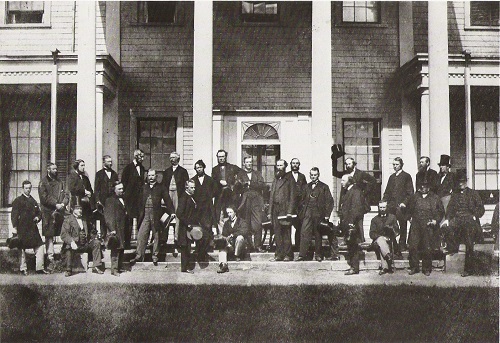 In September, 1864, Canadian delegates met with their counterparts from the Maritime provinces at the Charlottetown Conference on Prince Edward Island with the goal of uniting to form a new country. Britain supported Confederation as a way to reduce the burden of the colonies on the British treasury, while many delegates saw it as a means to protect themselves from aggression by the United States. Delegates from Canada included John A. Macdonald, George Brown, and George-Étienne Cartier. 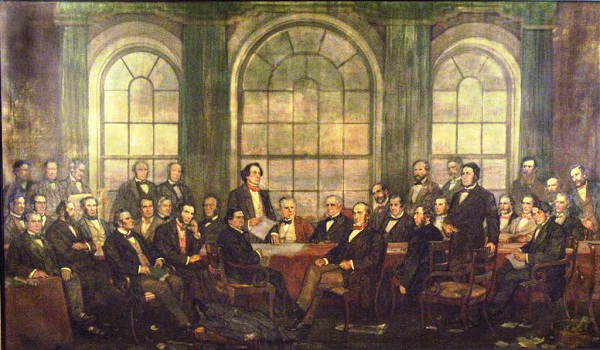 Following the Charlottetown Conference, delegates from Canada and the Maritimes met again at Quebec City in October 1864 to continue discussions on a union between the two regions and the creation of a new country. Seventy-two resolutions were developed by the delegates by the end of the conference that would form the structure of a Canadian constitution.

After a third conference in London, England, in 1866, the British North America Act was passed by the British Parliament in March, 1867. It created the new nation of Canada under a federal government uniting four provinces - Ontario, Quebec, Nova Scotia and New Brunswick. The Act came into effect on July 1, 1867, and one of its instrumental creators - Sir John A. Macdonald (1815-1891), became the country's first Prime Minister. 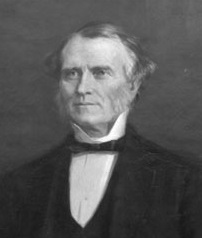 John Sandfield Macdonald was appointed the first Premier of Ontario by Canada’s first Prime Minister, Sir John A. Macdonald – they were not related. Sandfield Macdonald won the province’s first election that took place in September, 1867, and led a coalition-style government composed of both Liberal and Conservative members. 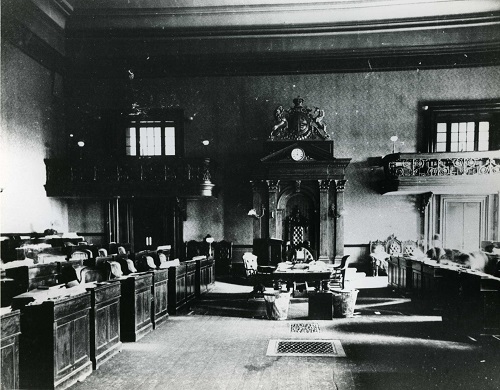 First Session of the Ontario Legislature

The first session of the Ontario Legislature opened on December 27, 1867 and continued until February, 1871.  Meetings are held in the Front Street Legislative Building, originally completed in 1832. 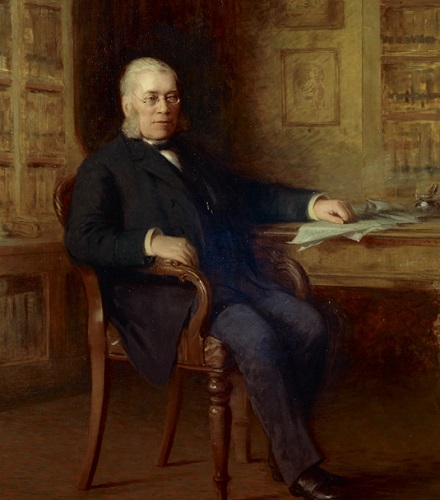 Following Edward Blake’s resignation, Oliver Mowat is sworn in as Ontario Premier. Along with his reputation as a lawyer and as a Father of Confederation, his many reforms would shape the province with programs such as worker’s compensation and children’s aid. He remains Ontario’s longest-serving Premier, in office for 24 years. 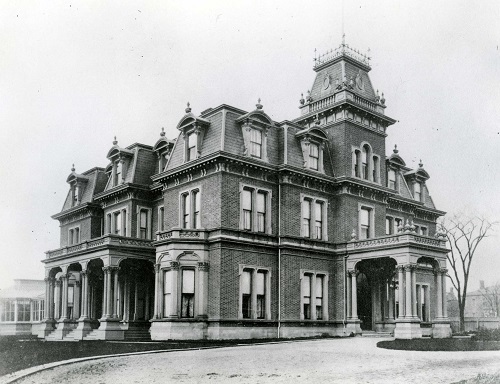 In use from 1868 to 1912, Government House was the official residence of Ontario's Lieutenant Governors - the representive of the Crown in Ontario. Located in downtown Toronto at the corners of Simcoe and King Streets, it was located a short distance from the Legislative Building, then located on Front Street.