Situated on a wall next to the Legislative Chamber is a portrait of Sir Louis-Hippolyte Lafontaine, French Canadian co-leader of Canada’s first responsible government (1848-1851).

Lafontaine was born in Boucherville, Lower Canada (Quebec) in 1807. He proved to be a gifted and hard-working student at school; however, he left college early after becoming bored with the routine. He then took a job as a clerk in a law office and quickly developed a strong interest as he learned about the legal profession. He was called to the bar in 1828 and proceeded to establish a successful law practice. An interest in politics soon followed, and he ran successfully for a seat in the Legislature of Lower Canada in 1830. As a young member, Lafontaine was a passionate supporter of the Patriote movement that was fighting for radical reform of the political system in Lower Canada.  Although he supported their ideals for change, Lafontaine did not agree with the notion of violence to overturn the government that was being urged by some Patriote leaders. When armed rebellion broke out in Lower Canada in 1837, Lafontaine shunned the hostilities, instead taking on the role of mediator between the government and his Patriote colleagues. His skills in this role gained him great respect on both sides of the struggle.

When the union of Upper and Lower Canada was confirmed in 1840, Lafontaine believed it could help preserve the French speaking population of Quebec. He ran in the election of 1841, but did not win his seat. Reacting to this defeat in support of his French Canadian ally, Robert Baldwin resigned the seat he had won in York and urged Lafontaine to run in a by-election to replace him. He won easily thanks to Baldwin’s aide. From that point forward, a deep and lasting friendship was cemented between the two men that would last for the rest of their political careers.

By September 1842 the Reform movement had gained enough support in Parliament to be asked to form the government. Lafontaine, representing the Reform interests of Canada East, and Baldwin, representing those of Canada West, were jointly asked by the Governor General to form a new administration. While in government, Lafontaine worked tirelessly to prove that the union of the Canadas could serve the interests of French Canada. His efforts included redrawing the electoral map of Canada East to increase French influence, the move of the capital from Kingston to Montreal and restoring French as an official language for the records of the courts and Parliament. Unfortunately, disagreements with the new Governor General, Sir Charles Metcalfe, caused the Baldwin-Lafontaine administration to resign early in 1843. For the next four years, Lafontaine remained in parliament as the leader of the opposition.

Baldwin and Lafontaine were returned to power in 1848. Shortly thereafter, Lafontaine announced a new language policy recognizing French as an official language in the Legislature. This second Reform administration also saw the confirmation of responsible government – the accountability of the Executive Council, or Cabinet, to the Legislature – as the principle method of governance in Canada.  Years of political struggle finally began to take a toll on Lafontaine during his second term as Premier. Facing poor health and increasingly frustrating struggles in the Legislature, he decided to resign from politics in September, 1851, following closely on the heels of his colleague Baldwin who had also stepped down two months earlier. 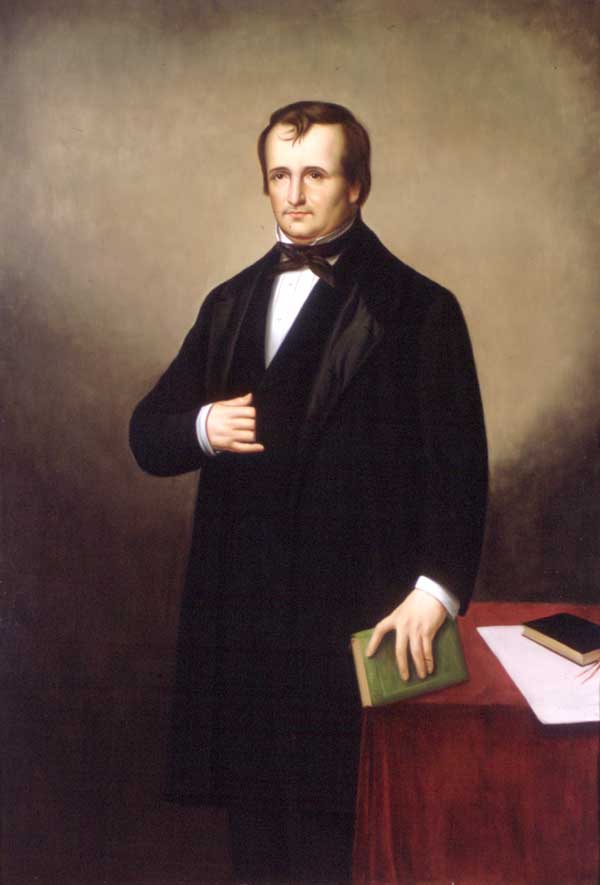