Ontario’s Legislative Building rises above the historic grounds of Queen’s Park in downtown Toronto. It took six years to build from 1886 until 1892, and was officially opened in 1893. It was designed in the Richardson Romanesque style of architecture, which typically features elements from northern Italian structures such as heavy stonework, rounded archways, domed towers, and detailed carvings. The exterior walls were made of pink sandstone quarried from the Credit Valley near Orangeville, Ontario. Large pieces of stone were brought to Queen’s Park and carved on the grounds by English stonecutters. The roof was covered in slate from Vermont, and copper was used over the roof domes.

Inside, the building featured cast iron columns and detailing, oak floors and paneling, and inner walls constructed of over 10 million bricks. The Legislative Chamber was lined with beautiful wood carvings made from mahogany and sycamore, and artist Gustav Hahn painted the walls and ceiling with murals.

Two wings branch out on either side of the centre block which houses the Legislative Chamber. Inside, original oak floors and cast iron columns in the east hall contrast with Italian marble in the interior west wing of the building. The west wing was rebuilt after a devastating fire in 1909. Toronto Architect E.J. Lennox was hired to redesign the west wing, and added an additional two floors to provide more space for government offices.  A new north wing was also constructed at this time. Completed in 1913, it houses the Legislative Library – a research facility for MPPs and Legislature staff. 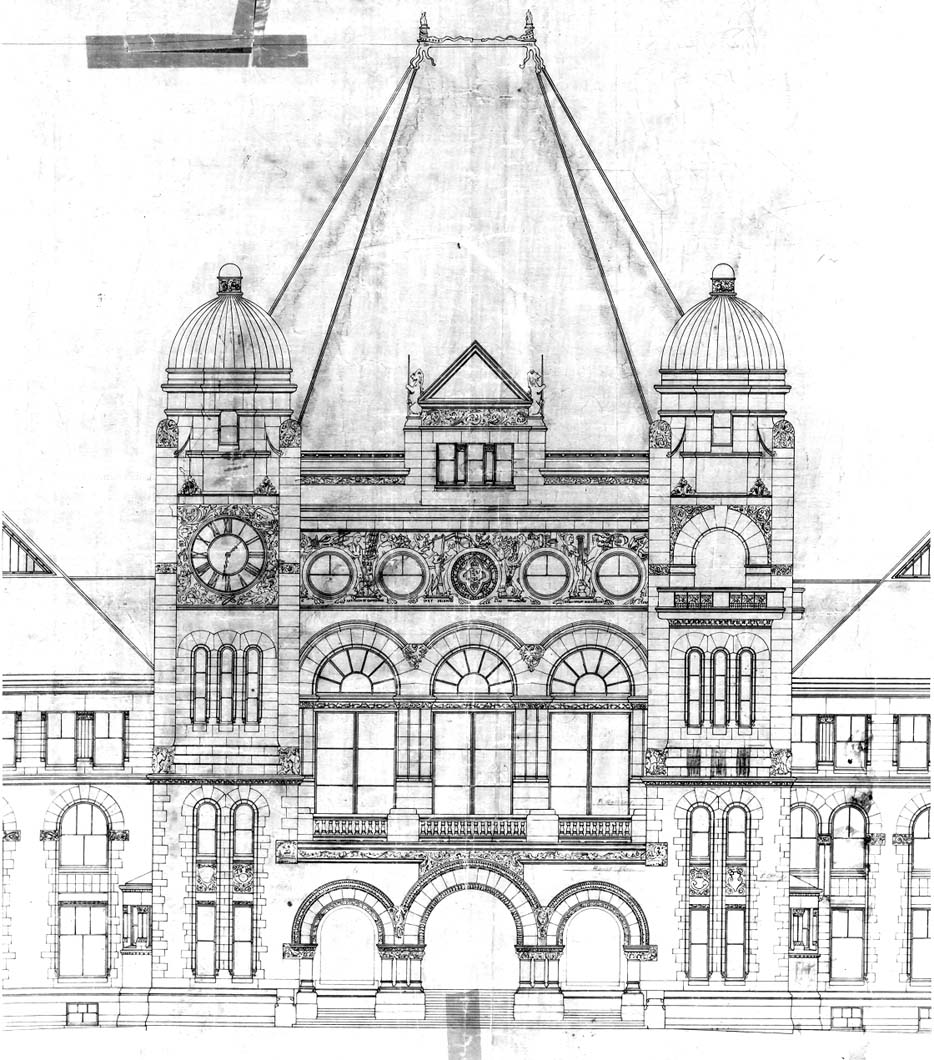