Pages have been an important part of Ontario’s Parliament since Confederation.  These early Pages were 10 to 14 year-old boys who carried messages, ran errands, and fetched glasses of water for Members of Provincial Parliament.

The role of the Page remained the same throughout the first half of the twentieth century.  In 1952, a tutor was hired to work with the Pages a few days a week.  Eligibility requirements changed, so that Pages now had to be students in grades 7 or 8, and have a minimum academic average of 80 percent. They also had to have a letter of recommendation from their principal.

In 1971 Speaker Fred Cass (1968 -1971) appointed Ontario’s first female Pages.  A Page Mistress was hired to oversee the female Pages, and her role soon expanded to supervise all the Pages.  In the fall of 1980, an all-girl group of Pages was selected, reflecting the high proportion of female applicants – they outnumbered the male candidates by 106 to 33.

Speaker Cass moved the Pages to an office that included a miniature schoolroom, recreational area, lounge, and kitchen. He also established the practice of choosing Pages from across Ontario, and began the tradition of reading the Pages’ names into Hansard, which created an official record of their service. 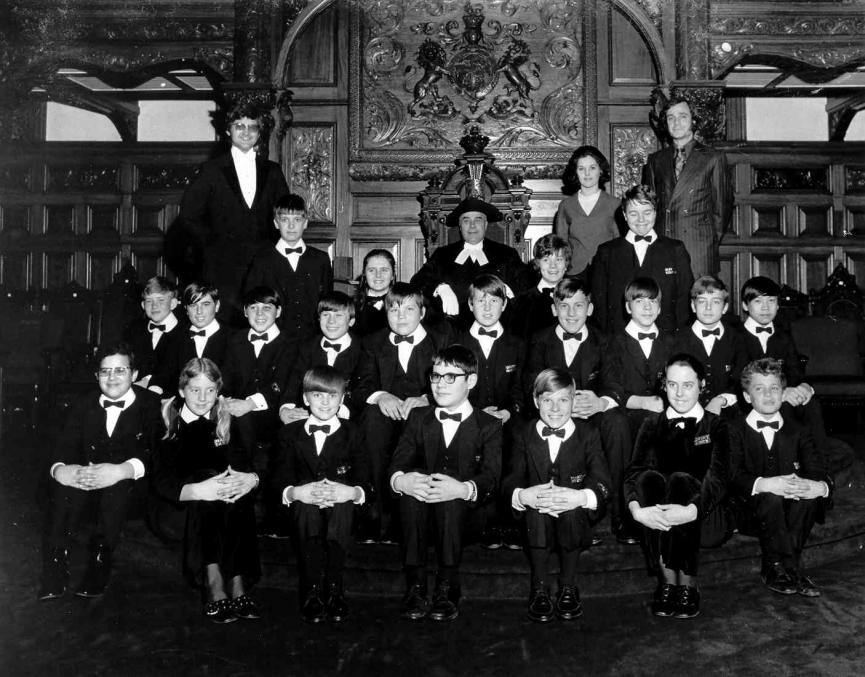 The first group of Pages to include girls, with Speaker Cass in 1971