The east wing of the Legislative Building features the original hallway architecture designed by Richard Waite. Iron columns support the original pyramid-shaped roof - called a hip roof - and the walls are lined with oak paneling. The original skylight, designed by the Robert McCausland Company of Toronto, floods the hall with natural light.

Originally home to government departments, this wing of the building houses the offices of the Premier and Speaker. The east entrance, historically known as the Premier's entrance, was designed so that individuals entering the covered archway, known as a porte-cochère - French for carriage entrance - could easily exit their carriages on to a landing and enter the building. 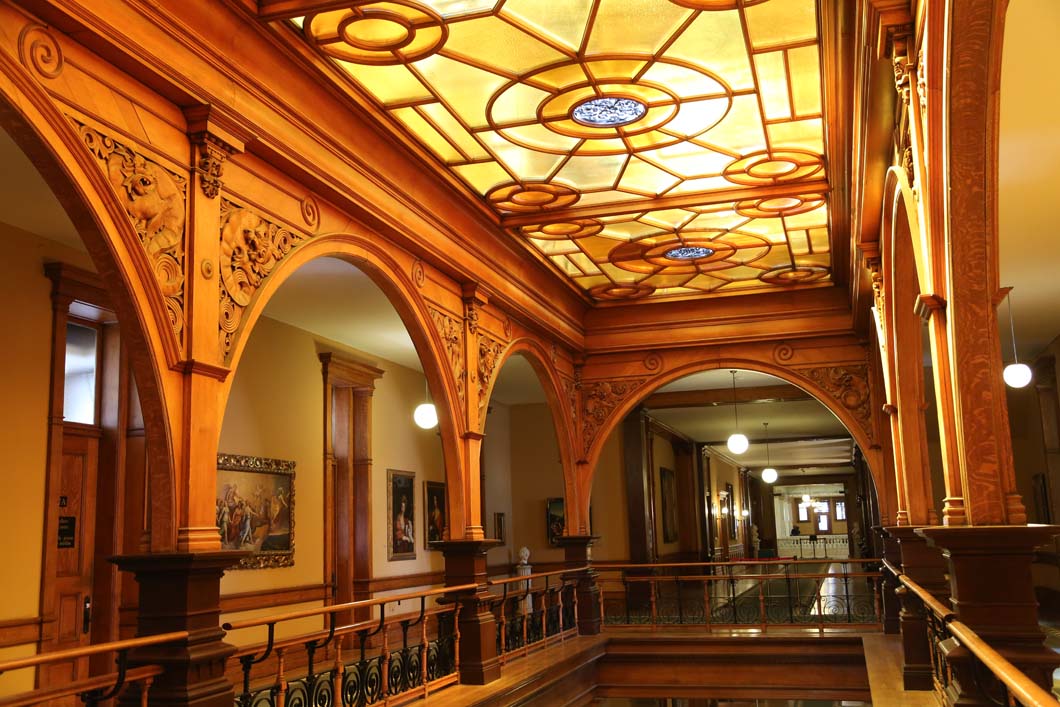