Ontario’s first Lieutenant Governor, John Graves Simcoe, is featured twice in the main lobby of the provincial Legislative Building. His portrait hangs on the east side of the lobby, and he is also shown in the First Legislature of Upper Canada painting that hangs on the west wall. As the founder of Upper Canada and its Legislature, Simcoe’s impact on the province’s history is significant - in spite of the fact that he only spent four years here.

Simcoe was appointed Lieutenant Governor of Upper Canada following the passage of the Constitutional Act by the British Parliament in 1791. This Act created two new British colonies in Canada – Upper Canada (now Ontario) and Lower Canada (now Quebec) – each with separate government administrations. Simcoe’s previous experiences in North America were as Lieutenant-Colonel with the British military during the American Revolutionary War.

Simcoe established the capital of Upper Canada at Newark (now Niagara-on-the-Lake) where he convened the first meeting of the newly elected Legislature in September, 1792. Newark’s location, dangerously close to the American border, created an urgent need to find a new site for the capital. The following year, Simcoe founded York (now Toronto) on the north shore of Lake Ontario and gradually moved the administration of the new province to this new location.

During his time as administrator of Upper Canada (1792-1796), Simcoe promoted the immigration of United Empire Loyalists from the United States and oversaw the construction of buildings and roads. He instituted English Common Law and saw legislation passed to abolish slavery in the colony. Simcoe’s wife, Elizabeth, created a collection of watercolour paintings that provide insight into what life was like in early Upper Canada. 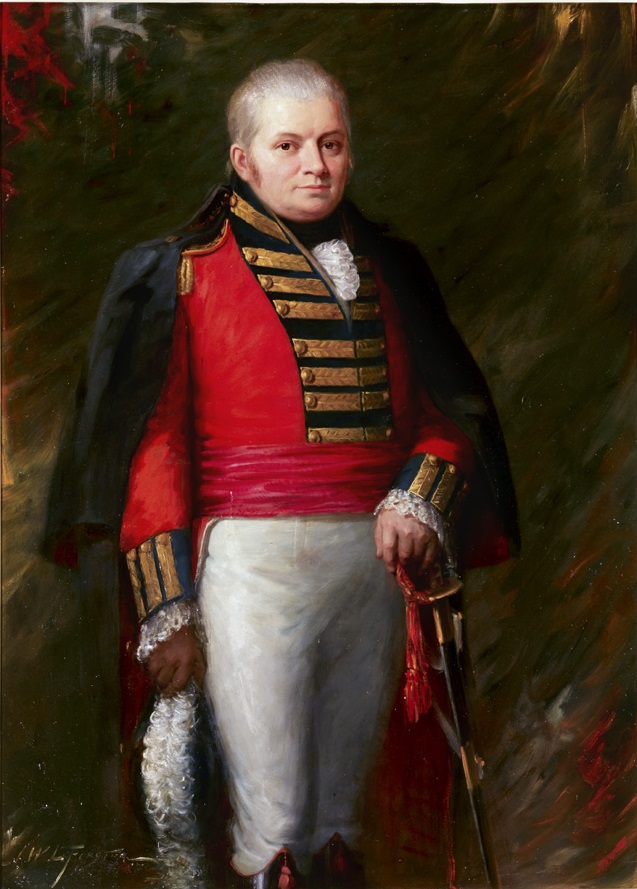