Plans for a north wing addition were already under way before the fire of 1909. The new wing was designed by Toronto architect George Wallace Gouinlock (1861-1932), who used sandstone from Sackville, New Brunswick, as the Credit Valley quarry had been depleted. This wing houses the Legislative Library - a research facility used by Members of Provincial Parliament and their staff. The original library was destroyed during the west wing fire. 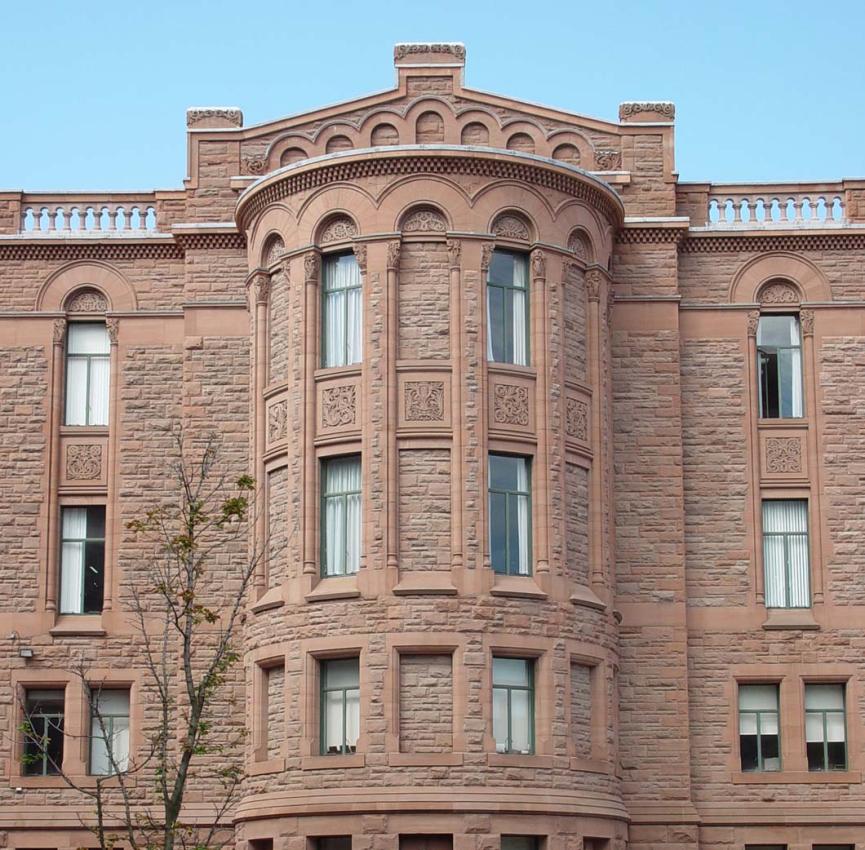