The Legislative Assembly needs a neutral, non-partisan MPP to preside over its meetings and enforce its rules. At the beginning of every Parliament, the MPPs elect a Speaker from among themselves to fill that role. The current Speaker is the Honourable Ted Arnott. 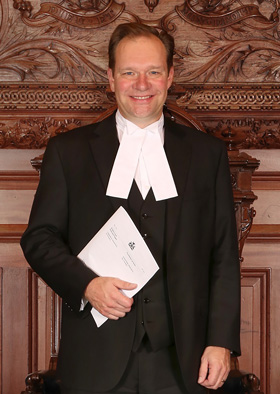 Ted Arnott has been an MPP since 1990. Once the youngest MPP in his caucus, he is now one of the Legislature’s longest-serving members, his career having spanned eight Parliaments. In that time, he’s held parliamentary roles in government and opposition, including as parliamentary assistant and critic, among other roles.

Ted was born in Fergus, Ontario, and raised in nearby Arthur. He attended Wilfrid Laurier University before beginning his parliamentary career and now lives in Fergus with his wife, Lisa.

On July 11, 2018, he became the 42nd Speaker of the Legislative Assembly of Ontario. He was re-elected as Speaker on August 8, 2022. Read more about the Honourable Ted Arnott.

The work of the Speaker isn’t a one-person operation: The Speaker is supported by a team of presiding officers and Clerks. 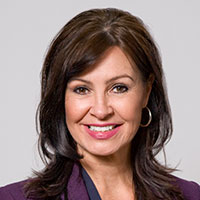 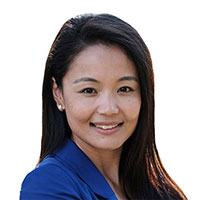 First Deputy Chair of the Committee of the Whole House 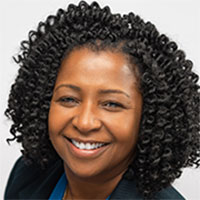 Second Deputy Chair of the Committee of the Whole House

Third Deputy Chair of the Committee of the Whole House

The role of the Speaker

As presiding officer of the House, the Speaker’s role is at the heart of Ontario’s parliamentary system. The Speaker serves the House by overseeing its meetings, enforcing its rules, and maintaining order and decorum. The role requires the Speaker to be fair and impartial and to make sure that the House is able to conduct debates respectfully.

The Speaker is the head of the Office of the Legislative Assembly, a non-partisan office that supports the work of all MPPs. The Speaker also has a ceremonial and diplomatic role: welcoming visiting dignitaries to the Legislative Building and representing the Legislature across Canada and abroad.

Read more about the role of the Speaker.