The first seven Books of Remembrance commemorate the lives of the more than 118,000 Canadians who have given their lives while serving our country. The eighth Book of Remembrance - the War of 1812 Book of Remembrance - was unveiled in 2019. It was commissioned to mark the 200th anniversary of the signing of the peace treaty ending that conflict - the Treaty of Ghent.

The original Books of Remembrance are usually stored in the Memorial Chamber of the Peace Tower in Ottawa but are now temporarily located in the Room of Remembrance at the Visitor Welcome Centre during the Centre Block renovations. Every morning the pages of the eight books are turned - each page of each book is turned once a year.

A copy of the Second World War Book of Remembrance, shown here on display in the lobby of Ontario's Legislative Building in 2019, contains more than 44,000 names of Canadians who died during the war. Artist Alan Beddoe from Ottawa created the book. In addition to the names of those who lost their lives, he included pages commemorating particular actions, battles, and places that were significant to Canadians during the war. 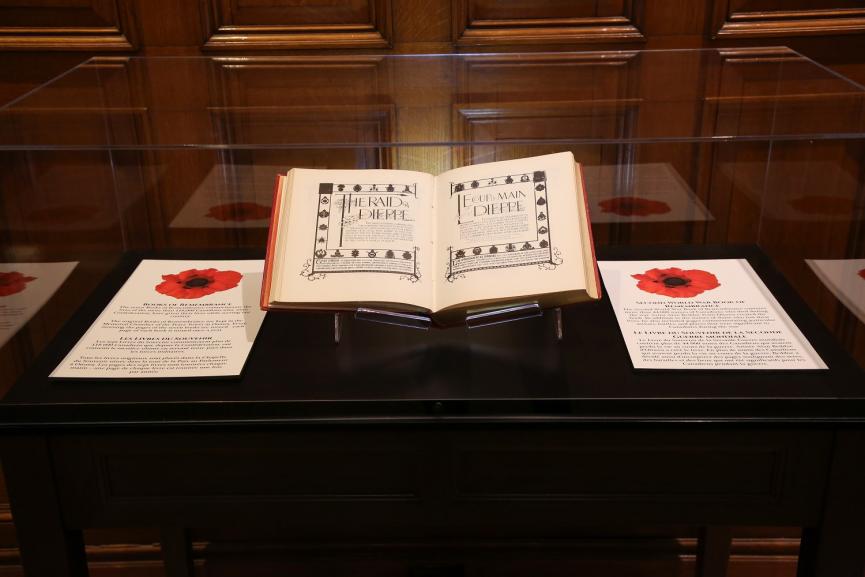