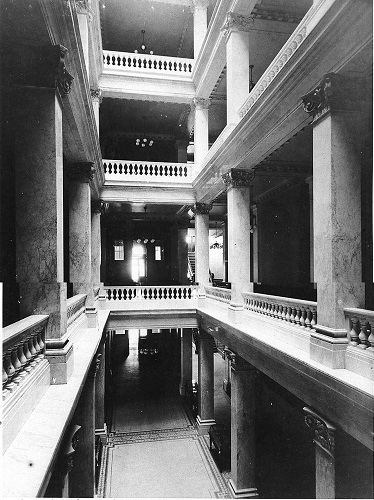 A north wing addition to the Legislative Building was completed in 1912 and soon accommodated a new Legislative Library - the original having been destroyed during a 1909 fire in the west wing. Pictured here, the west wing was rebuilt using Italian marble and the addition of 2 more floors to house government departments. 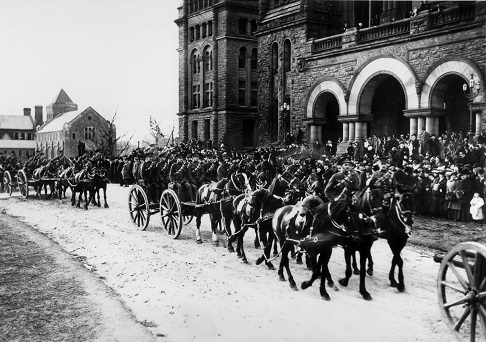 Britain declares war against Germany on August 4th, 1914, with Canada entering the war at the same time in support of its mother nation. A number of Members of Provincial Parliament as well as Ontario provincial government civil servants left work to enter the armed forces and train to go overseas to fight in Europe. Here, an artillery parade takes place in front of the Legislature in 1915. 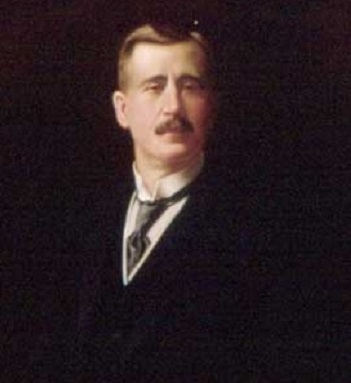 The Honourable Sir William Howard Hearst was Ontario’s 7th Premier – in office from 1914 to 1919. Succeeding James Whitney, Hearst governed the province during the First World War. Although most of the government’s efforts were devoted to the war, his administration also saw the introduction of votes for women, the creation of the Child Welfare Bureau and the Department of Labour. 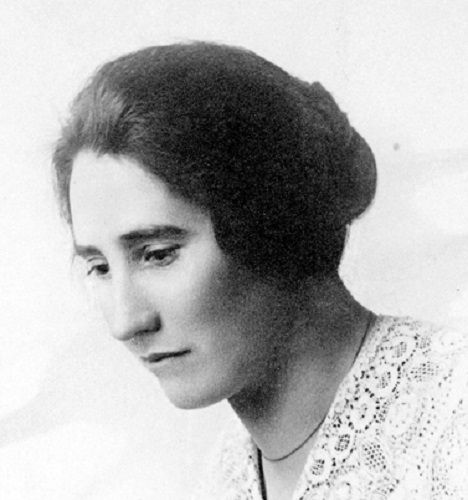 Women in Ontario won the right to vote on April 12th, 1917 and the right to hold office in 1919. Agnes Macphail – a school teacher from Grey County, Ontario, was elected Canada’s first woman Member of Parliament in 1921. After her career in federal politics, she ran provincially in 1943, winning a seat as one of Ontario’s first two women MPPs. 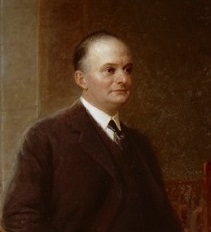 The United Farmers of Ontario narrowly won a victory in the October 1919 provincial election over William Hearst’s Conservatives. The party does not have a leader, although they eventually settled on the choice of progressive farmer E.C. Drury as the province’s next Premier. 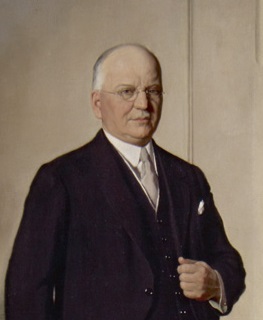 Howard Ferguson became Ontario Premier in 1923. During his time in office, his administration passed the Forestry Act and introduced government regulation over the sale of alcohol by establishing the Liquor Control Board of Ontario. Ferguson resigned as Premier in 1930 to accept the post of Canadian High Commissioner in London. 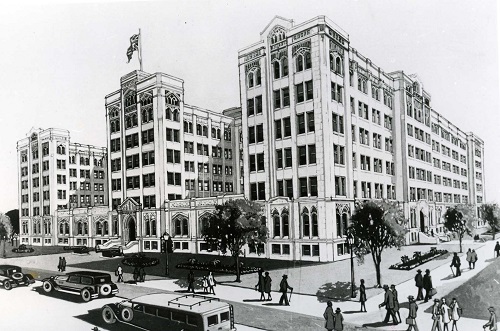 Growth in the province leads to a growing provincial administration. The Ontario Government built the East Block (now known as the Whitney Block) to house government departments. Ninety per cent of the materials to build the new structure – constructed from 1925 to 1928 – were sourced from the province, including limestone, marble and granite. 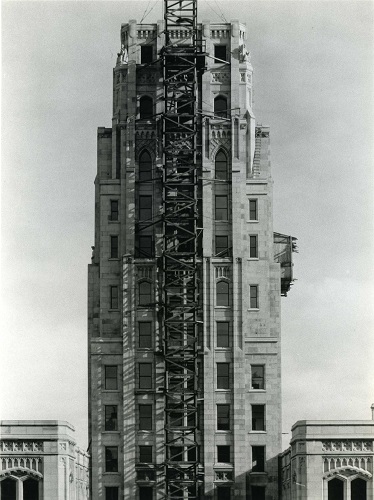 After a robust decade of growth, the Great Depression is triggered by the stock market crash of 1929. The depression ushers in years of government austerity and cost-cutting, although a southern addition to the East Block (now the Whitney Block) is completed in the early 1930s with the addition of an office tower.

Seating in the Legislative Chamber is arranged into a horseshoe shape during the 1930s. One reason being that it might make it easier for MPPs to hear each other during debates. At the time, it was also becoming a typical seating style in other legislative jurisdictions. The traditional parallel seating arrangement returned in 1944. 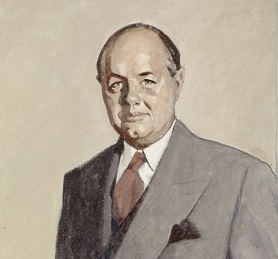 Mitchell Hepburn and the Liberal party were elected to office with promises to cut government costs. Hepburn reduced the number of civil servants, sold provincial assets and eventually closed Government House (Chorley Park) in north Rosedale, Toronto. The Lieutenant Governor, the representative of the Crown in the province, was moved into the Speaker’s Suite in the Legislative Building. 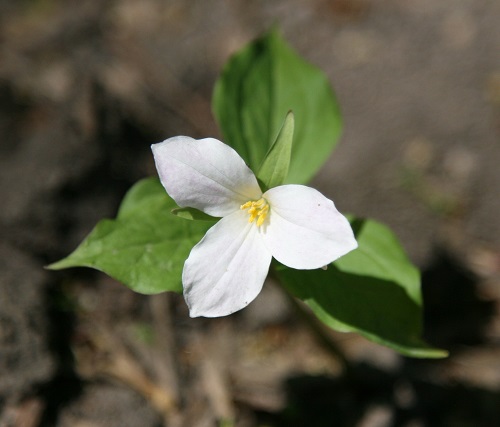 The Legislature adopted the White Trillium (Trillium grandiflorum) as Ontario’s official flower in 1937. The move to select a provincial floral emblem was influenced by an interest to find a national flower suitable for planting on the graves of World War I Canadian service men overseas, although a national flower was never chosen. 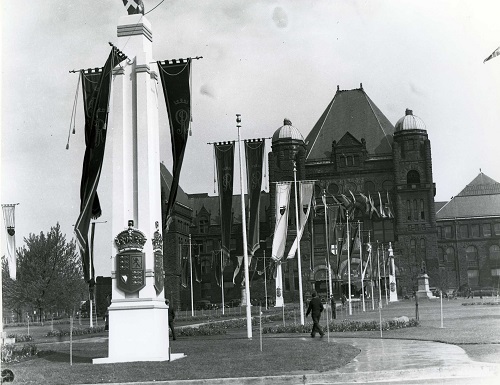 The Legislative Building and grounds are grandly decorated to welcome the first official royal visit of a reigning monarch. On May 22nd, 1939, King George VI and Queen Elizabeth entered the Legislature and were honoured during a ceremony in the Legislative Chamber. The visit occurred on the eve of the Second World War, with Canada declaring war against Germany on September 10th, 1939.