The west wing of the Legislative Building, with works from the Government of Ontario Art Collection
Mortgaging the Homestead, George Agnew Reid 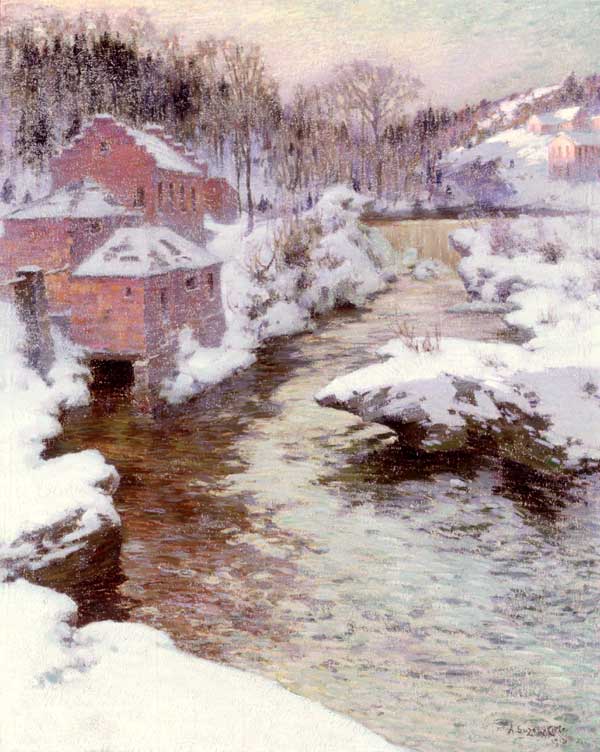 The youngest of ten children born in rural Québec, Marc-Aurèle de Foy Suzor-Côté began his career as a church decorator.  He then joined the many Canadian artists of the period who traveled to Paris to study under French masters at the École des Beaux-Arts.  Upon his return to Canada, he applied impressionist techniques to the landscape of his native Québec, expressing light using a delicate dappling effect.  Suzor-Côté often painted winter scenes and had a particular interest in depicting the play of light on snow and water surfaces, as exemplified in this work.  Suzor-Côté’s paintings appear in collections across Canada, including the Art Gallery of Ontario, the National Gallery of Canada and the Musée National des Beaux-Arts du Québec.