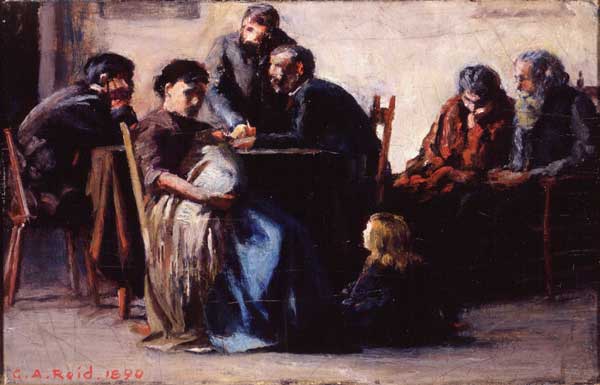 This is a preliminary sketch for a large-scale narrative painting of the same title currently in the collection of the National Gallery of Canada.  Depicting a rural Canadian family's hardship, this work was extremely compelling to a society that depended so deeply on the land for survival. A mortgage meant giving up independence and control of one's future, and carried the shame and stigma of failure. Reid himself was brought up in rural Ontario, and his family was at one time forced to mortgage their farm. Reid had just returned from a year in Paris, and he demonstrates his awareness of the latest academic interests there in his use of light effects to emphasize the drama in this work.