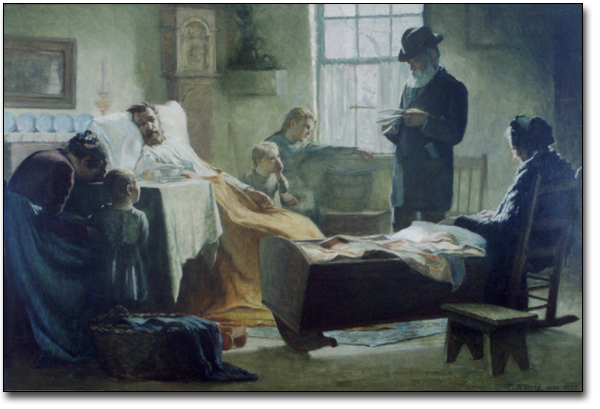 This somber and moving rural scene is a sequel to George Reid’s Mortgaging the Homestead.  In this work, a despondent family is shown gathered around a bedridden father as they listen to a bailiff read a notice of repossession.  Narrative works of this kind reflected the values and responded to the tastes of a growing middle class, and were thus especially popular in this period.  Reid’s attention to describing individuals rather than generic characters makes this picture especially evocative.  Foreclosure of the Mortgage was widely exhibited across North America and brought Reid highly favourable attention.  This work is a copy that Reid made using his preliminary sketches after his 1893 original was destroyed by fire in England in 1918.