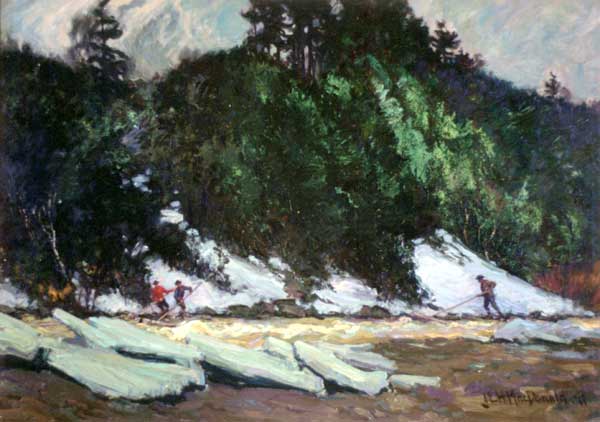 J.E.H. MacDonald was a founding member of the Group of Seven, a group of Canadian artists who forged a national visual identity for Canada by looking to the natural landscape for inspiration and taking it as their primary subject.  MacDonald came to Ontario with his family at the age of fourteen.  In 1911, he was working as a graphic designer in Toronto and painting only in his spare time when Lawren Harris, who would become the unofficial leader of the Group of Seven, persuaded him to begin painting full-time.  This work, painted that same year, depicts loggers on the Humber River.  MacDonald’s fellow artists described him as an introspective, sensitive romantic with the dreamy air of a poet-philosopher.