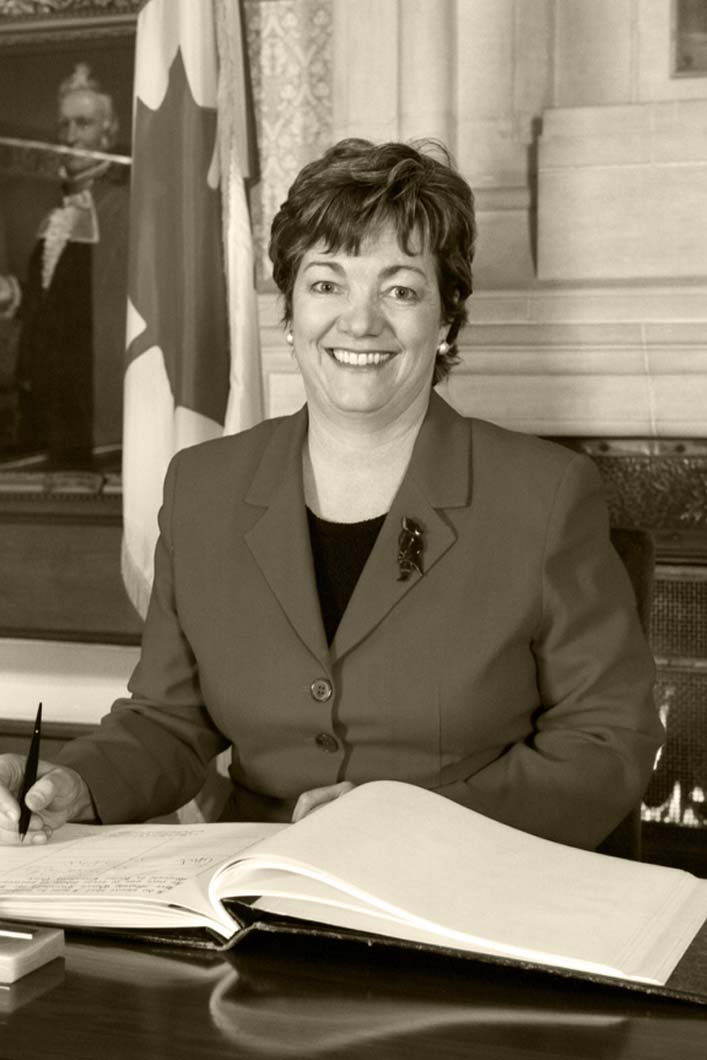 Sheila Copps started her political career as an MPP where she served as Health Critic, heading a task force that travelled throughout Ontario examining the health care system. She then moved to federal politics, becoming the first woman to hold the position of Deputy Prime Minister. While in Ottawa, Ms. Copps held several Ministry portfolios. As Minister of Canadian Heritage, she was instrumental in securing copyright protection for Canadian recording artists and promoting French language and culture in Canada.

She was appointed as an Officer of the Order of Canada in 2012.