The Sword
The Legislative Chamber 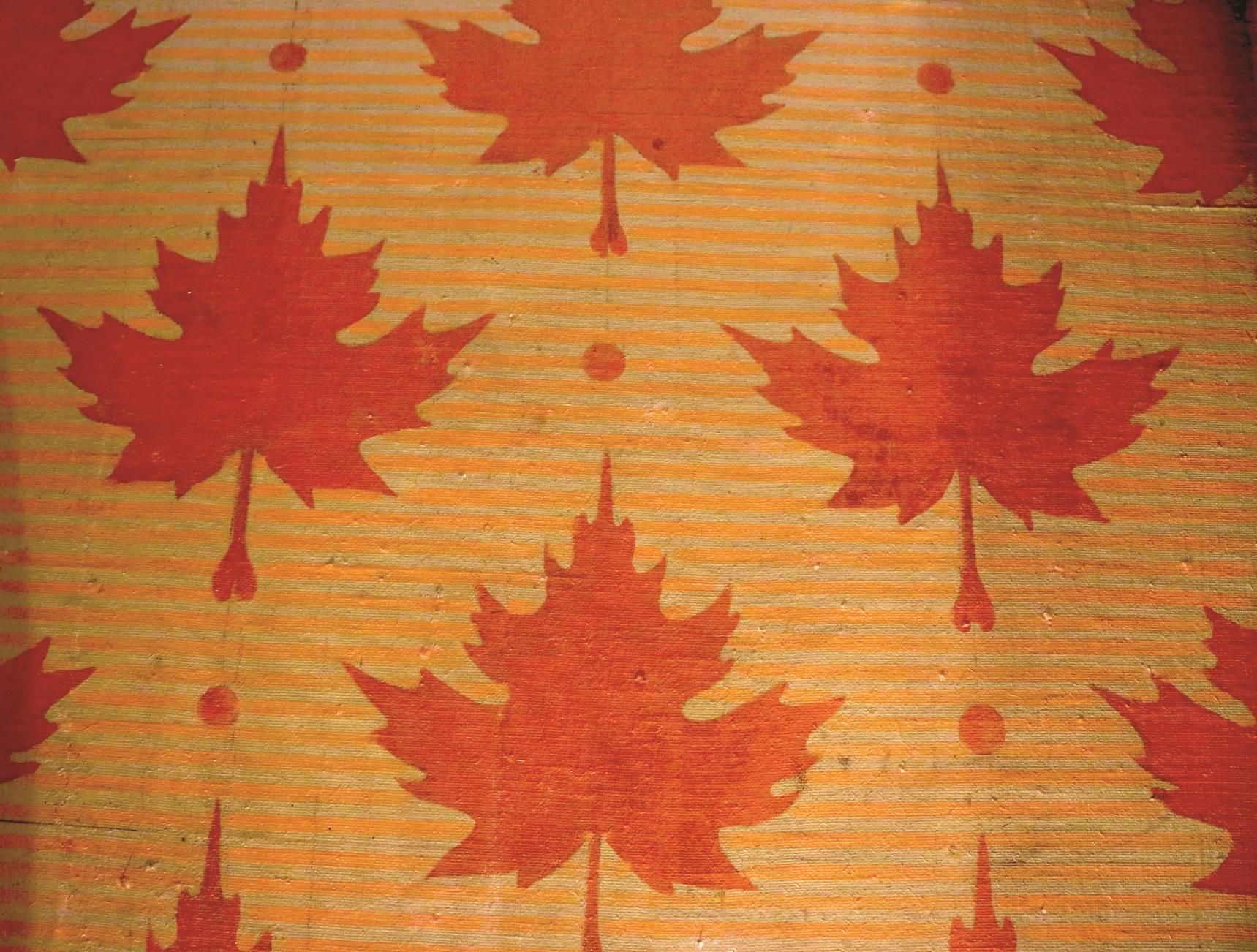 Detail of the Legislative Chamber ceiling, 2017.

Since it opened in 1893, the Queen’s Park Legislative Building has undergone numerous alterations.

In 1893, the Chamber walls and ceiling were lavishly decorated with a series of hand-painted murals by artist Gustav Hahn. An art nouveau maple leaf motif figured prominently on the ceiling, and depictions of four female figures representing the virtues of good government – power, wisdom, moderation and tolerance – dominated the display on the north and south walls.

In the early 20th century, Hahn’s artwork was completely covered by acoustical boarding and layers of horsehair, glue and canvas in an effort to improve the acoustics.

Several restoration projects, the most recent in the summer of 2016, have uncovered portions of the murals.