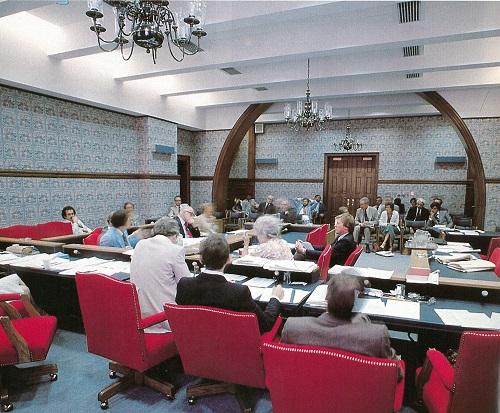 The Office of the Legislative Assembly of Ontario was created in 1974 as a result of a study by a government commission. This office administers the running of the province’s Legislature on a neutral and non-partisan basis, and ensuring services are equal to all elected MPPs regardless of their political party. Pictured here is a meeting of a Legislative Committee in the late 1970s.