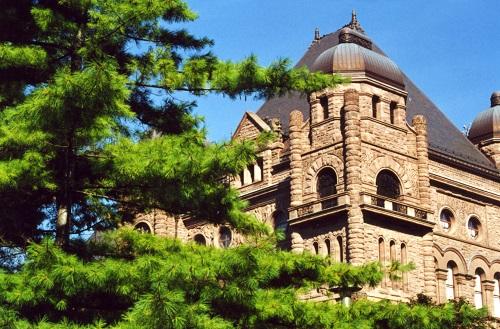 With the passage of the Ontario Arboreal Emblem Act in 1984, the Eastern White Pine became the official tree of the province. To mark the passage of the legislation, several white pine trees were planted on the Legislative Building grounds during a visit by Her Majesty Queen Elizabeth II that year.