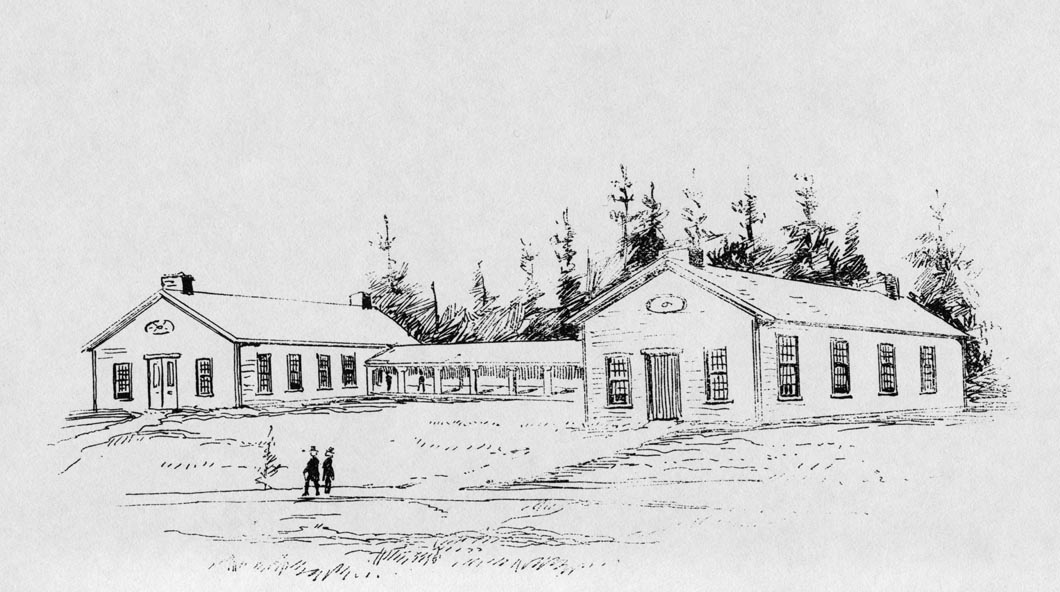 The first Parliament Buildings at York (now Toronto), served as the meeting place of the Legislature of Upper Canada (now Ontario) from 1797 to 1813, when they were burned by American troops during the War of 1812.  Located at the southwest corner of Front and Parliament Streets, the two one-and-one half storey structures were the first buildings in the town of York to be made of brick.