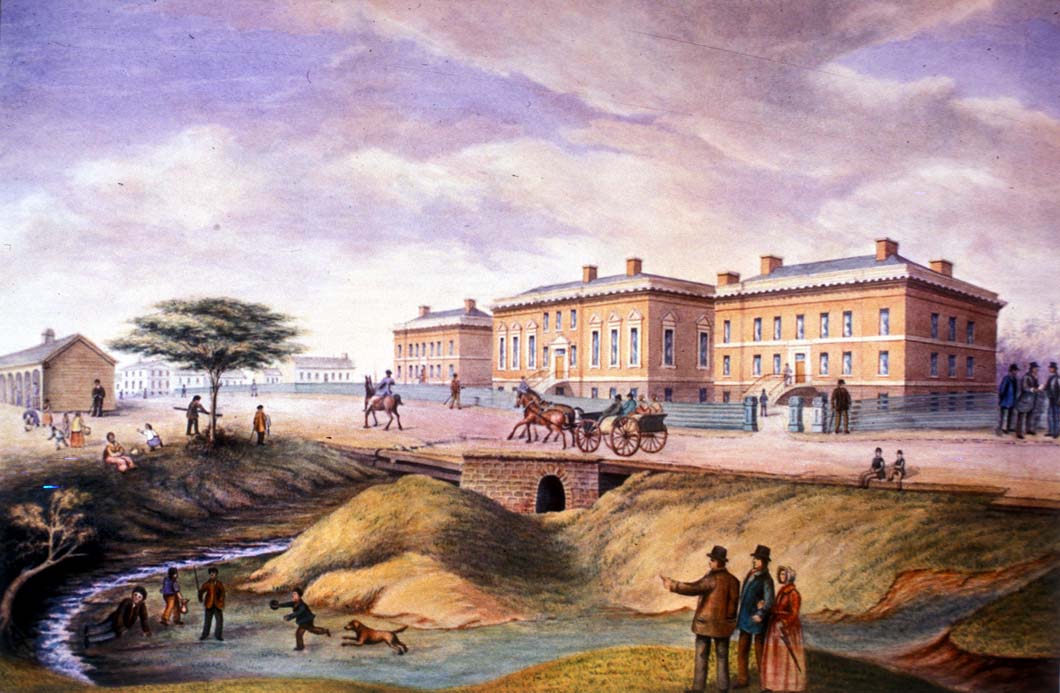 The courthouses at Church and King Streets housed Ontario’s Parliament from 1829-1832 until a new Legislative Building was completed.  The new Legislature was located at Front and Simcoe Streets, the current site of the Canadian Broadcasting Centre. Sessions took place here until 1892 when the structure at Queen's Park, Toronto, was completed.