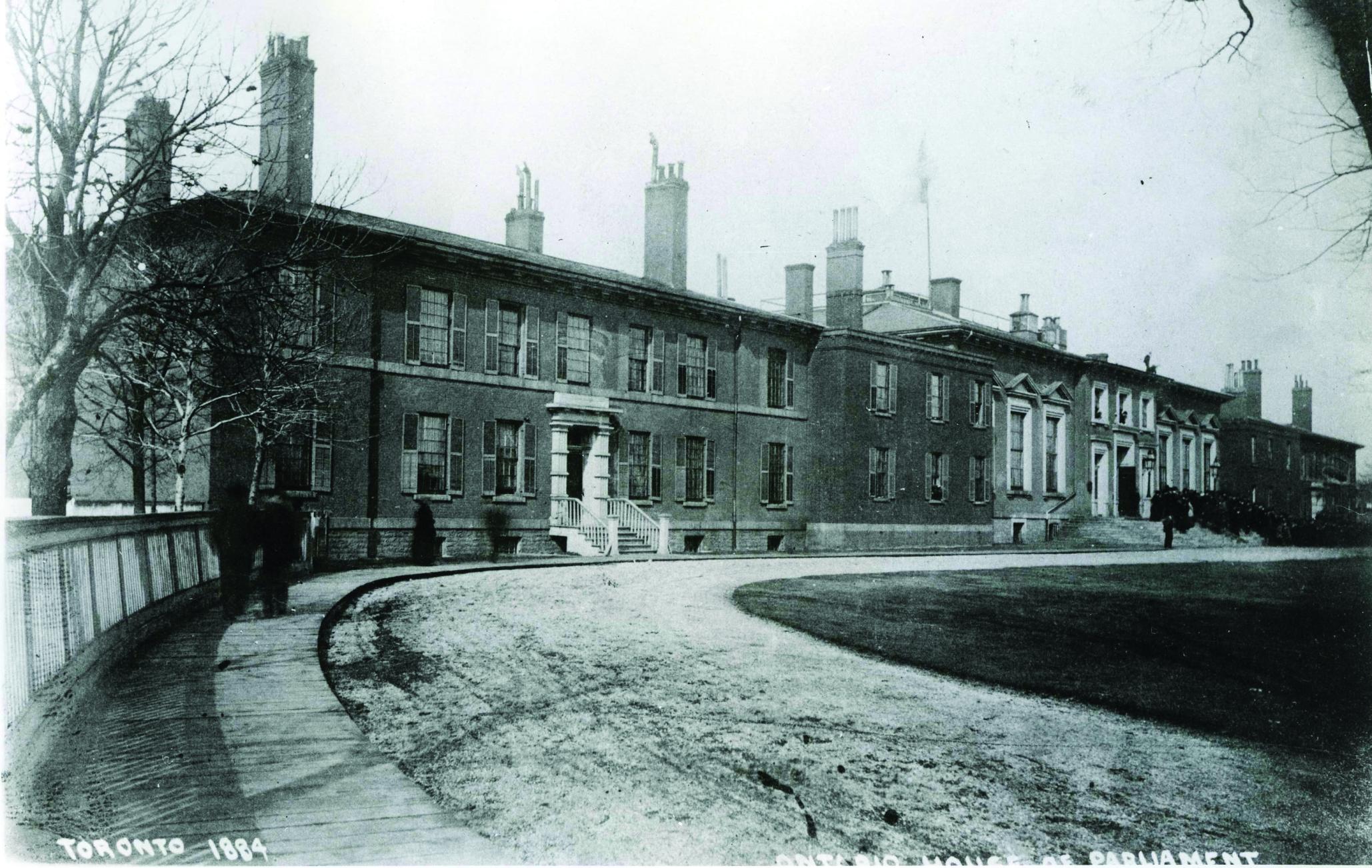 Ontario’s first Premier was John Sandfield Macdonald. A close ally of Sir John A. Macdonald, Canada’s first Prime Minister, Sandfield Macdonald won Ontario’s first election during the summer of 1867. The province’s first post-Confederation government was called the ‘Patent Combination’, as it was made up of a mix of Members from two different political parties – Liberal (Reform) and Conservative. At the time of Confederation, politicians were allowed to serve simultaneously in the House of Commons and a provincial legislature, and a number of members would have seen each other in both the Provincial Parliament and at Parliament in Ottawa – a practice that was discontinued after 1872.