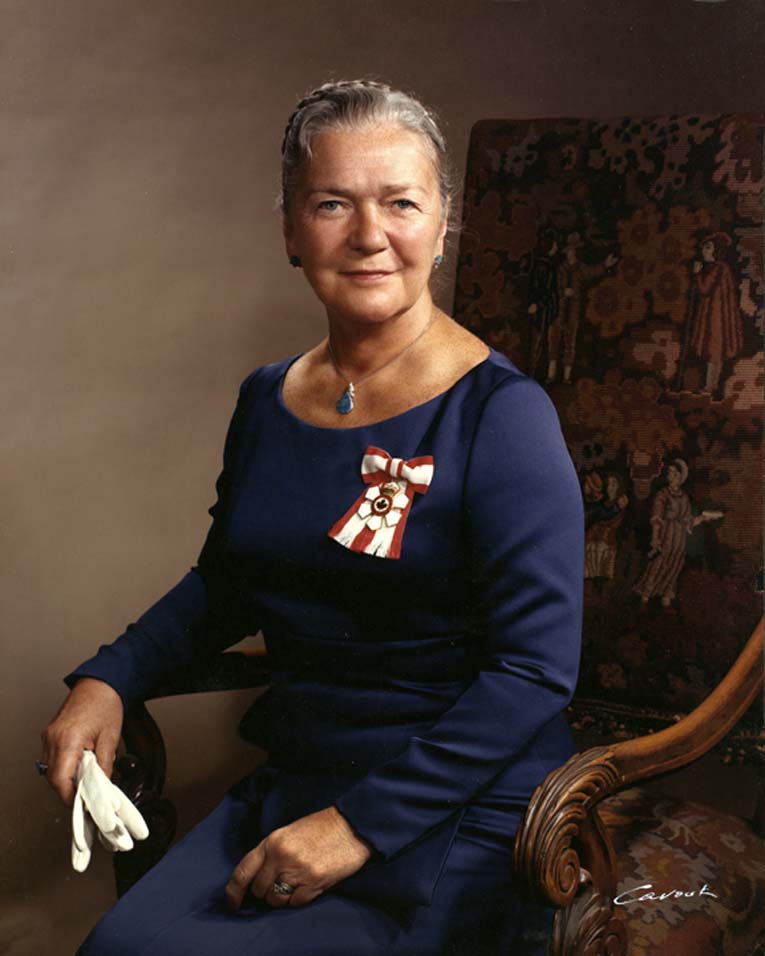 Representing the Queen, the Lieutenant Governor of Ontario is responsible for the Crown’s constitutional and representational roles in the province. One of the most important responsibilities is giving Royal Assent to all bills passed by the Legislature, the final step for a bill to become a law.

Pauline McGibbon has the honour of being Ontario’s first female Lieutenant Governor, and was the first female to hold a vice-regal position anywhere in the Commonwealth. Remembered as a warm and down-to-earth individual, Ms. McGibbon is credited with expanding the office’s role by reaching out to communities and opening her doors to all Ontarians.

As a lifelong volunteer in the arts and education sectors, Ms. McGibbon emphasized the promotion of the arts in Ontario while in office. She was honoured as a Companion of the Order of Canada in 1980 and invested with the Order of Ontario in 1988.