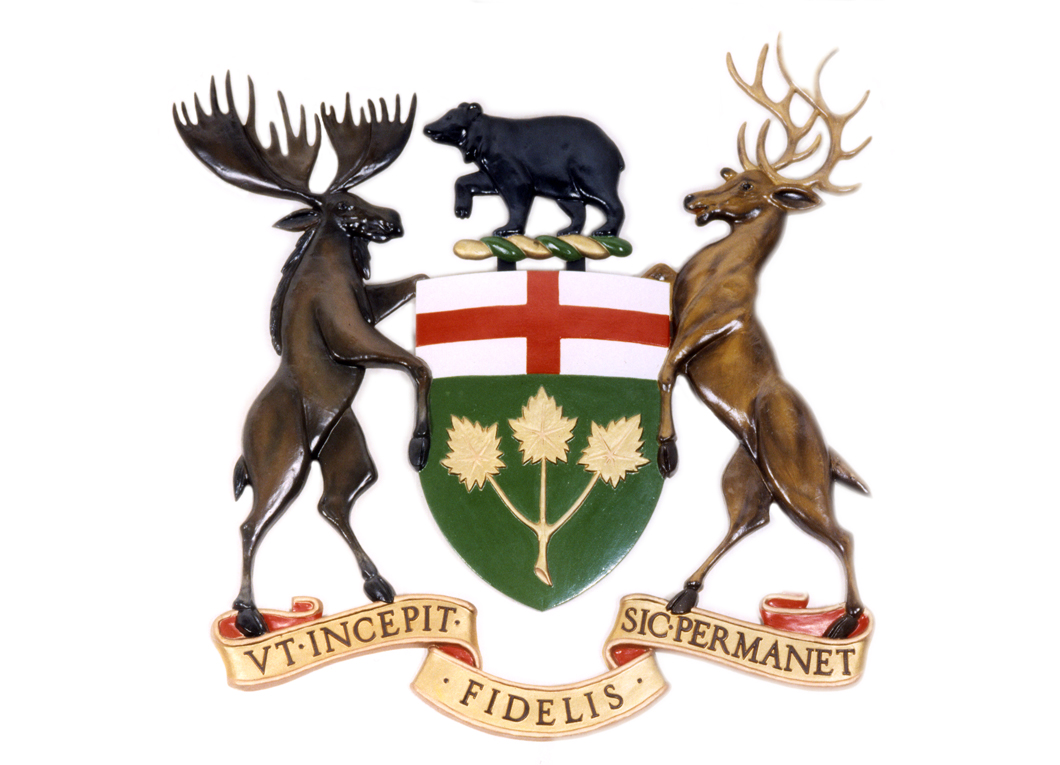 Ontario’s Coat of Arms was adopted in 1909 illustrating Ontario’s ties to England and its loyalty to Canada.  The deer, moose, and bear are the most common mammals indigenous to Ontario. The Latin motto on the Coat of Arms, "Ut incepit fidelis sic permanet" – translates to “loyal she began, loyal she remains.”