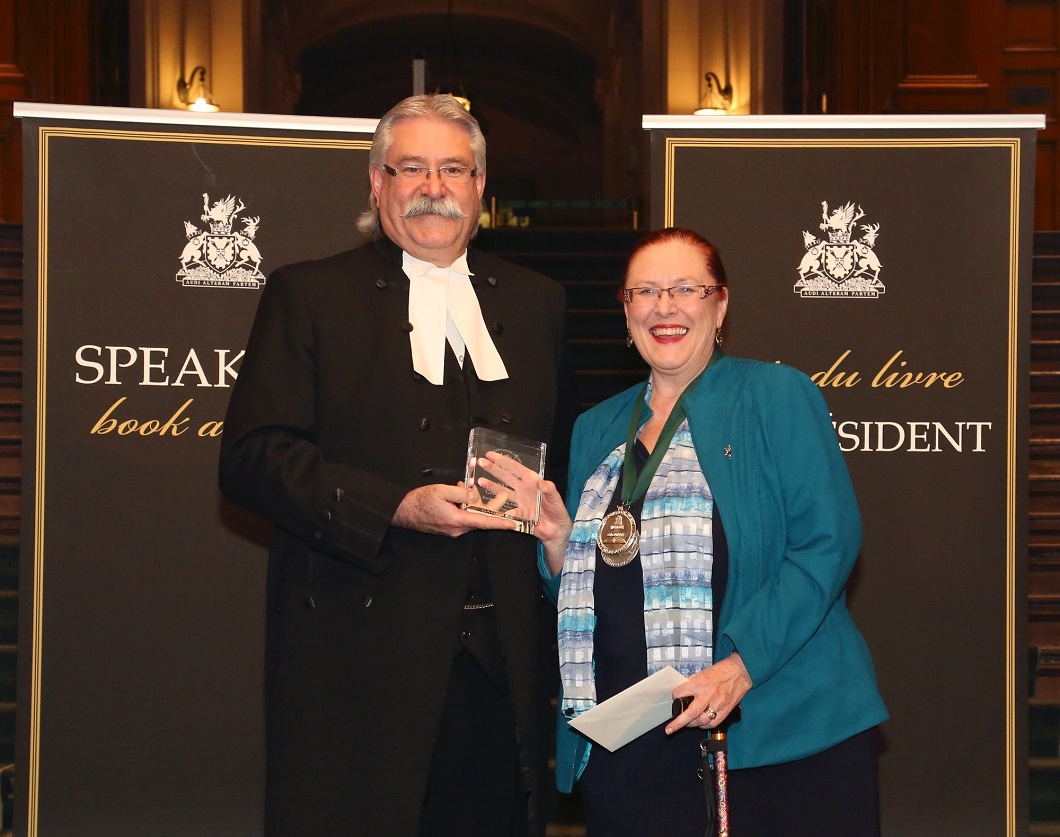 Steal Away Home: One Woman's Epic Flight to Freedom-and Her Long Road Back to the South (HarperCollins Ltd., 2017) by Karolyn Smardz Frost is the winning entry of the 2017 Speaker’s Book Award.

The Honourable Dave Levac, Speaker of the Legislative Assembly of Ontario, made the announcement during a ceremony at the Ontario Legislature on March 5th, 2018.

Karolyn Smardz Frost’s fascinating new book delves into life in Toronto during the mid-1800s, when it was a hotbed for escaped slaves seeking asylum, as well as those sympathetic to the abolitionist cause. The author provides a history of the old St. John’s Ward, a pocket of the city closed in by College Street, Queen Street, Yonge Street and University Avenue—that not only provided refuge for fugitive slaves, but also for immigrants from a wide range of ethnic backgrounds seeking prosperity in the New World.

Smardz Frost’s impeccable research and vivid description takes the reader through the Civil War, the shameful backdrop of slavery, the history of the Underground Railroad in Ontario and the very real and stirring tale of one woman’s struggle for freedom—and her return to her former home on her own terms, despite the risk involved.