2014 - Paikin and the Premiers - Personal Reflections on a Half Century of Ontario Leaders (Dundurn Press, 2013)

2013 - Unlikely Radicals: The Story of the Adams Mine Dump War (Between the Lines, 2013)
2015 - Up Ghost River: A Chief's Journey Through the Turbulent Waters of Native History (Alfred A. Knopf/Penguin Random House Canada, 2014) 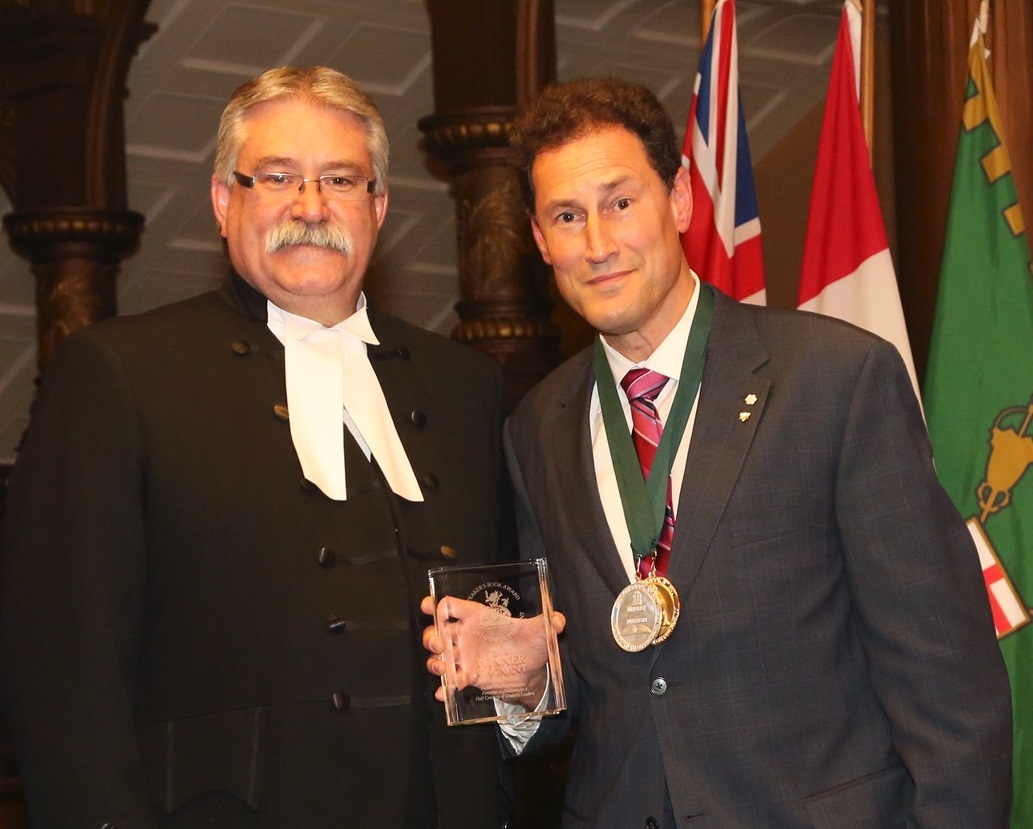 Paikin and the Premiers - Personal Reflections on a Half Century of Ontario Leaders (Dundurn Press, 2013) was the winning entry of the 2014 Speaker’s Book Award. The Honourable Dave Levac, Speaker of the Legislative Assembly of Ontario, made the announcement during a ceremony at the Ontario Legislature on March 9th, 2015.

Steve Paikin - anchor and Senior Editor of TVO’s The Agenda with Steve Paikin - is one of Canada's most astute and respected journalists. Few people know the modern-era premiers of Canada's most populous province the way Steve Paikin does. He has covered Queen's Park politics, discussed provincial issues from all perspectives with his TVO guests, and has interviewed the premiers one-on-one. Paikin and the Premiers offers a rare, uniform perspective on John Robarts, Bill Davis, Frank Miller, David Peterson, Bob Rae, Mike Harris, Ernie Eves, Dalton McGuinty, and Kathleen Wynne.