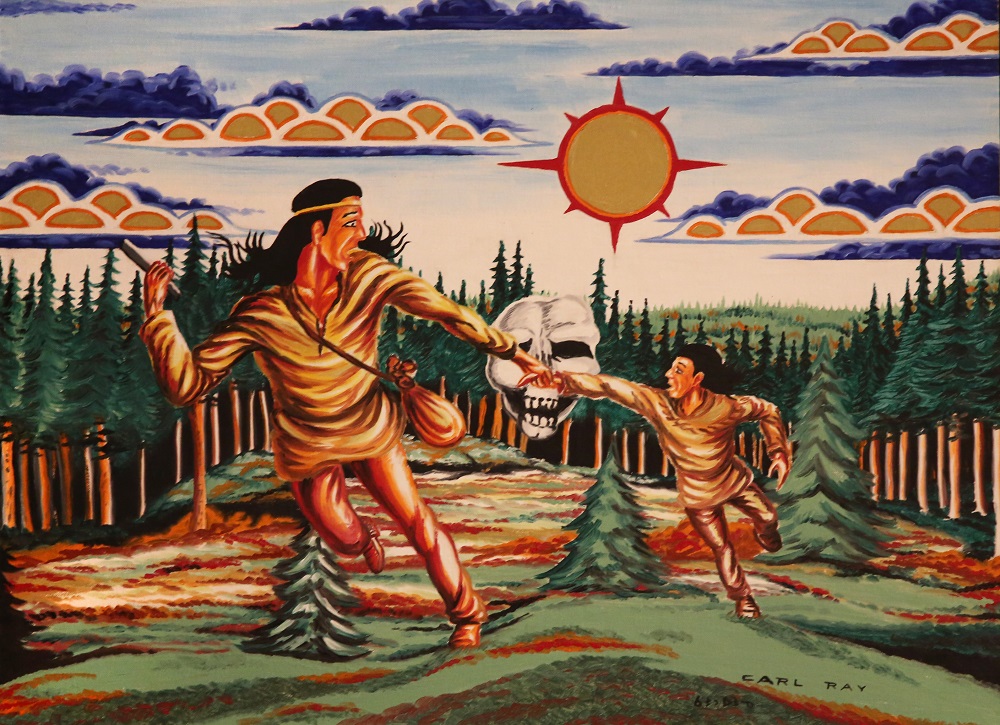 Carl Ray (1943-1978) was a Cree artist born on the Sandy Lake Reserve. He worked as a trapper, gold miner and logger, and started painting as a therapeutic activity when he contracted tuberculosis. He was mostly self-taught, but also apprenticed under Norval Morrisseau. Along with Morrisseau, he was one of the first Indigenous artists to defy taboos and depict sacred legends. Carl was an original member of the Professional Native Indian Artists Incorporated, now recognized as The Indigenous Group of Seven. His later work went beyond legends to explore the life and current issues facing Indigenous peoples. Carl was fatally stabbed in 1978 at the age of 35.

This untitled piece was painted by Carl Ray between 1969 and 1971. It depicts the story of the Rolling Head, a legend from the Sandy Lake Cree. In the forefront are two bothers fleeing from the decapitated skull of their mother, who has been possessed by an evil spirit. The brothers escape the Rolling Head thanks to their father who gave them medicine weapons to protect them. Their father loses his life in his efforts to save his sons from the evil spirit.