Nanuq, 2014 - Created by students at the Ottawa Inuit Children's Centre 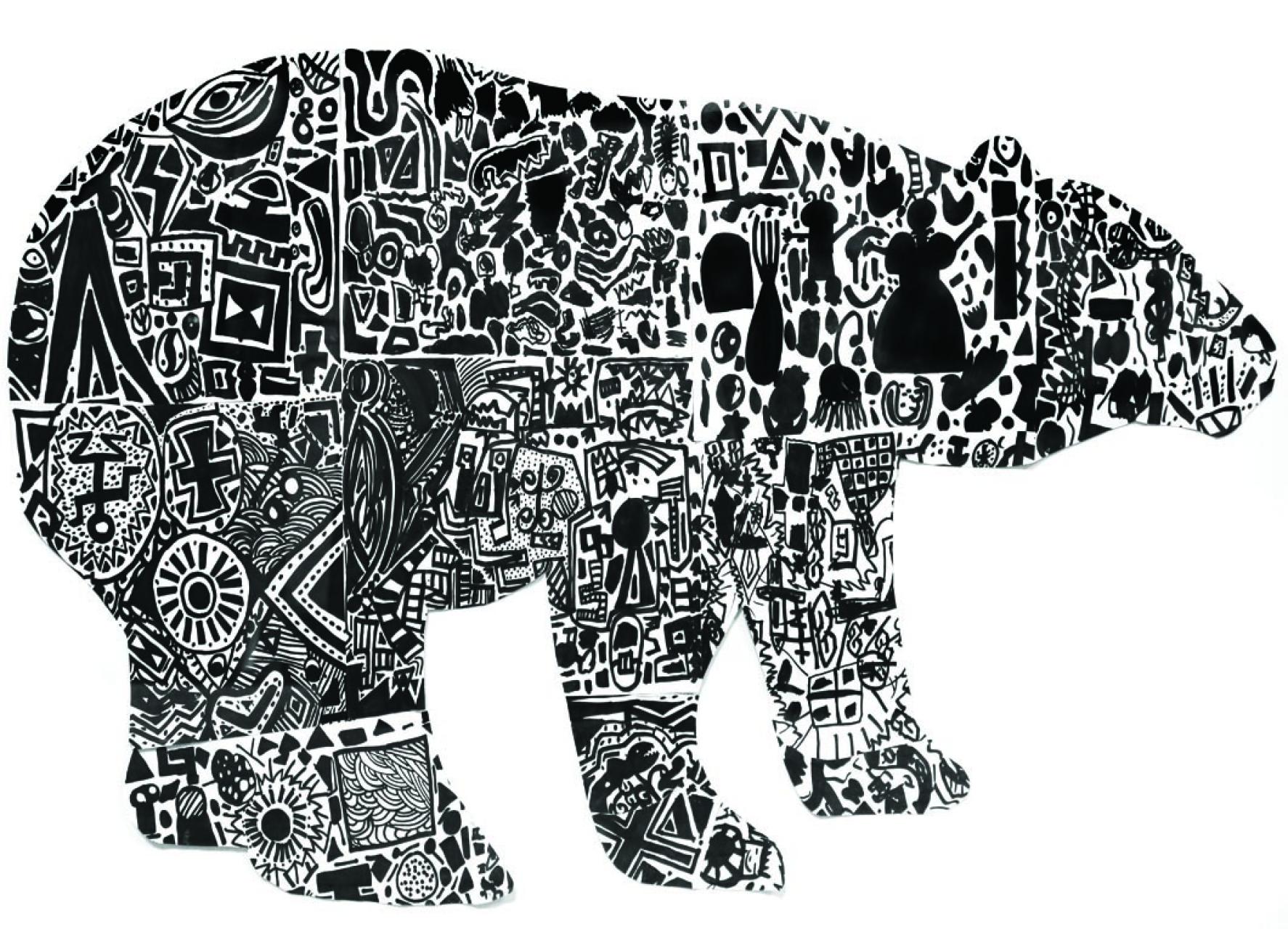 As powerful creatures, polar bears share similar traits with shamans, in that they can transform into other animals and even humans.

This beautiful drawing was created by students at the Ottawas Inuit Children's Centre and showcases the strong connection between Inuit and the polar bear.