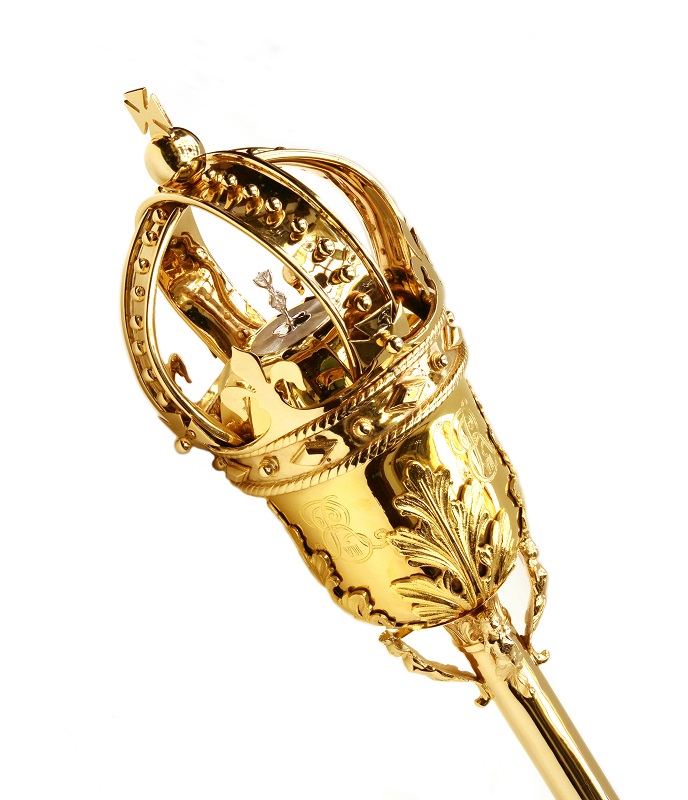 Historically, the Mace was a blunt club-like weapon carried by clergymen because canon law forbade the carrying of bloodletting instruments such as swords.  The Mace was introduced early in the 14th century into English Parliament to signify the permission granted by the crown to allow parliament to assemble. Today, the Mace symbolizes the authority of the Speaker to oversee the Legislature and is carried into the meetings of parliament by the Sergeant-at-Arms.

Ontario’s current Mace was designed in Ottawa in 1867. Made of copper and richly gilded, it was refurbished in 2009 when two diamonds from northern Ontario were placed within its crown.

The province’s first Mace was made in 1792 and was used at meetings of the Legislative Assembly of Upper Canada. It is made of wood with a brass crown. During the War of 1812, this Mace was taken from York (Toronto) by invading American soldiers. It was returned to Ontario by permission of US President Franklin Roosevelt in 1934, and is now on display in the lobby of the Legislative Building.