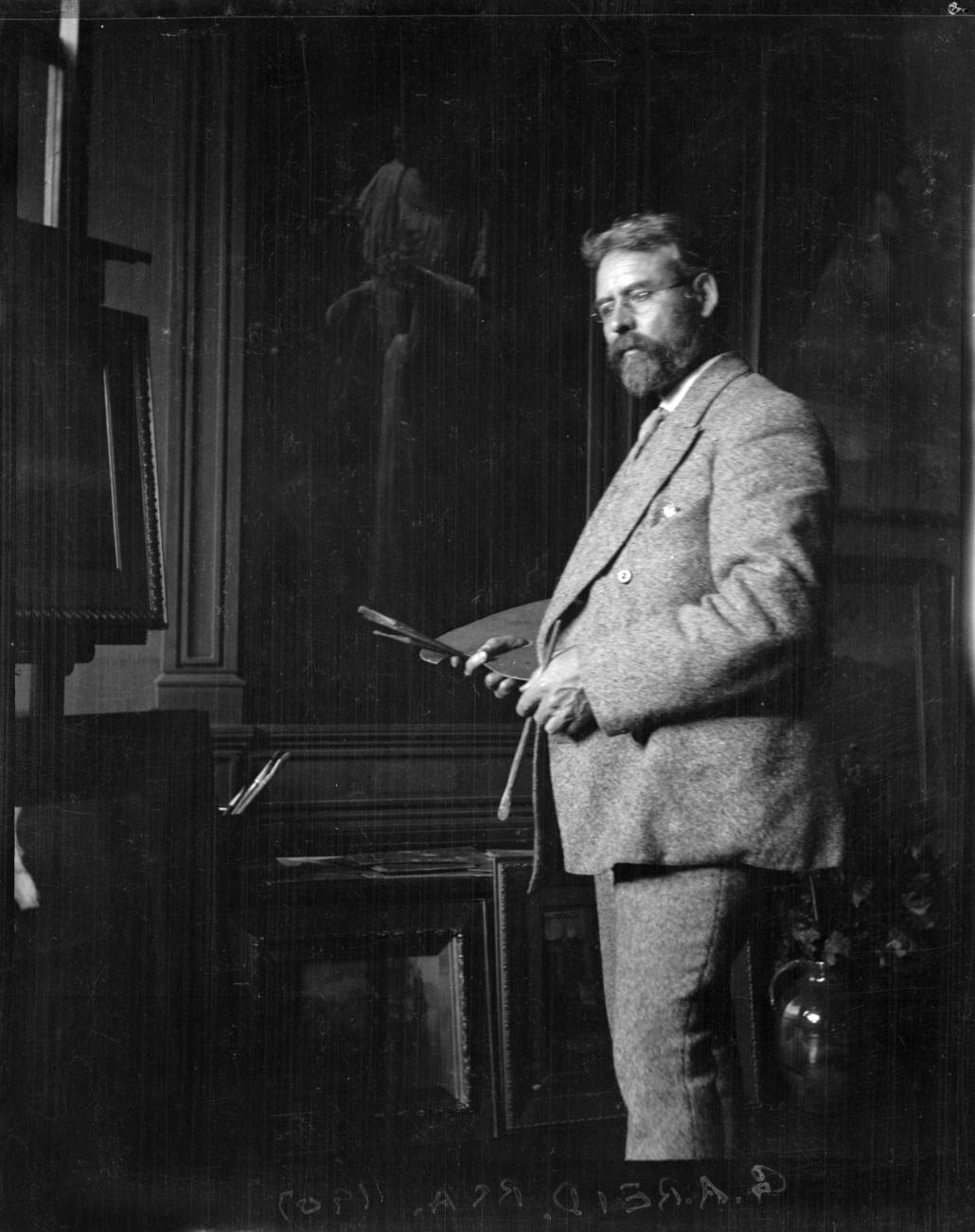 George Agnew Reid (1860 – 1947) made a major commitment to the development of art in Canada through his long career as both a painter and an educator.  He is known for genre paintings depicting life in rural Ontario, where he himself spent his childhood.  Group of Seven member J.E.H. MacDonald wrote that Reid was one of the most significant artists in the development of an identifiably Canadian school of painting.

In 1885, Reid became director of the Central Ontario School of Art in Toronto, which would become the Ontario College of Art and Design (OCAD).  He was a keen advocate for public art and took on many public commissions, including decorative murals in Toronto City Hall and at the Royal Ontario Museum.  In 1944, three years before his death, Reid donated over four hundred of his own works to the Government of Ontario, many of which are on display throughout the Legislative Building.