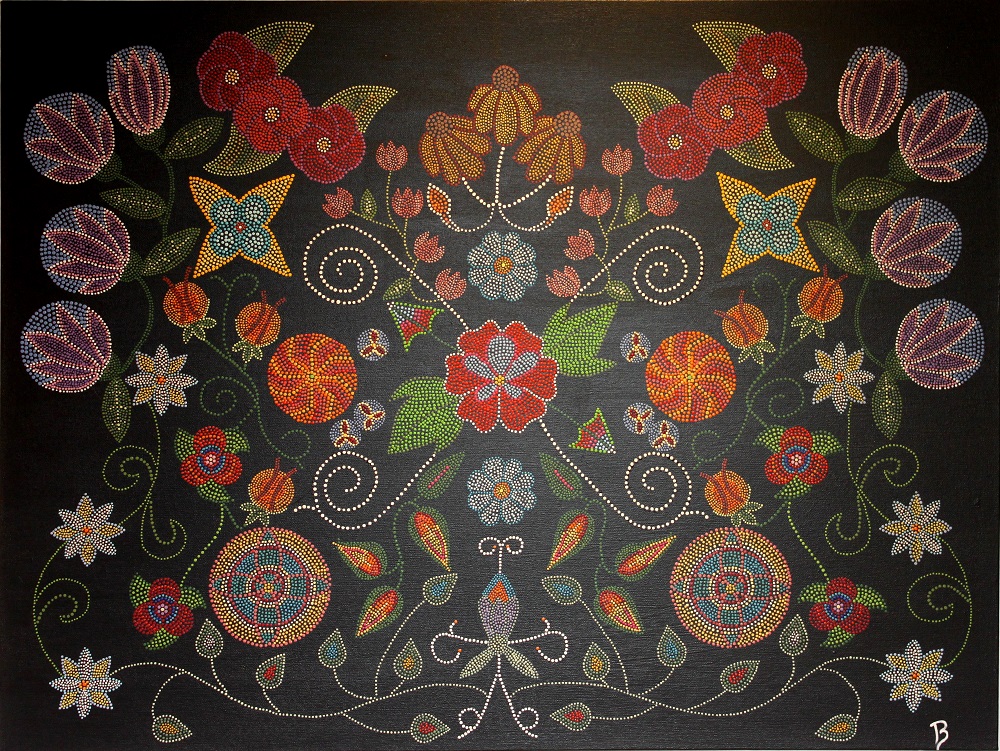 Brian Kon is a Métis artist born in Winnipeg. He has lived and worked in Niagara Falls since 1996. His style of art is called dot art, or bead art painting, which is a modern version of traditional beadwork created by Métis people. Each "bead" is applied as a single dot of paint to create the image. Many of the designs in his paintings can be traced to beadwork found on historic clothing and possessions of Métis people.

After Batoche is a tribute to Louis Riel and the Métis people after the Battle of Batoche in Saskatchewan in 1885.  At that time, Louis Riel turned himself into the Canadian army.  At his trial, he was found guilty of treason and was hanged on November 16, 1885.  During his trial, he made a statement that Brian takes as a great honour as an Indigenous artist: "My people will sleep for one hundred years, but when they awake it will be the artists who give them their spirit back."