Elections happen every four years in Ontario and the guidelines for the conduct of an election are set out in the Election Act, which establishes the length of the election period and provides for the presentation of eligible electors. It is through the process of voting that a Member of Provincial Parliament is elected. The election process starts when the Premier visits the Lieutenant Governor and advises that they would like to call an election.

The Writs of Election, which are formal legal documents, are put together by the Chief Electoral Officer and signed by the Lieutenant Governor. They are prepared for each of the electoral districts in the province as an official notice that the election process is under-way. Once the Writs of Election are issued, the campaign period begins and lasts 28 days. Elections Ontario administers all aspects of voting in provincial elections. It is a non-partisan agency of the Legislative Assembly of Ontario overseen by the Chief Electoral Officer.

During this time, candidates announce their ideas and policies and campaign throughout their electoral districts (ridings), seeking as many votes as possible. Political parties and candidates face regulations for election financing, limiting the contributions a party can accept and how much a party can spend on its campaign. On election day, polling stations open from 9:00 am to 9:00 pm to allow everyone the opportunity to vote.

In Canada, all provinces have the first-past-the-post or plurality system, meaning that the candidate winning the most votes in each electoral district is the winner, regardless if this is less than 50 per cent of the votes cast.

Who can vote in Ontario?

To be eligible to vote in Ontario, voters must be 18 years of age or older on polling day, a Canadian citizen and a resident of the province. Voters must register to vote by having their name and address added to the voting list. 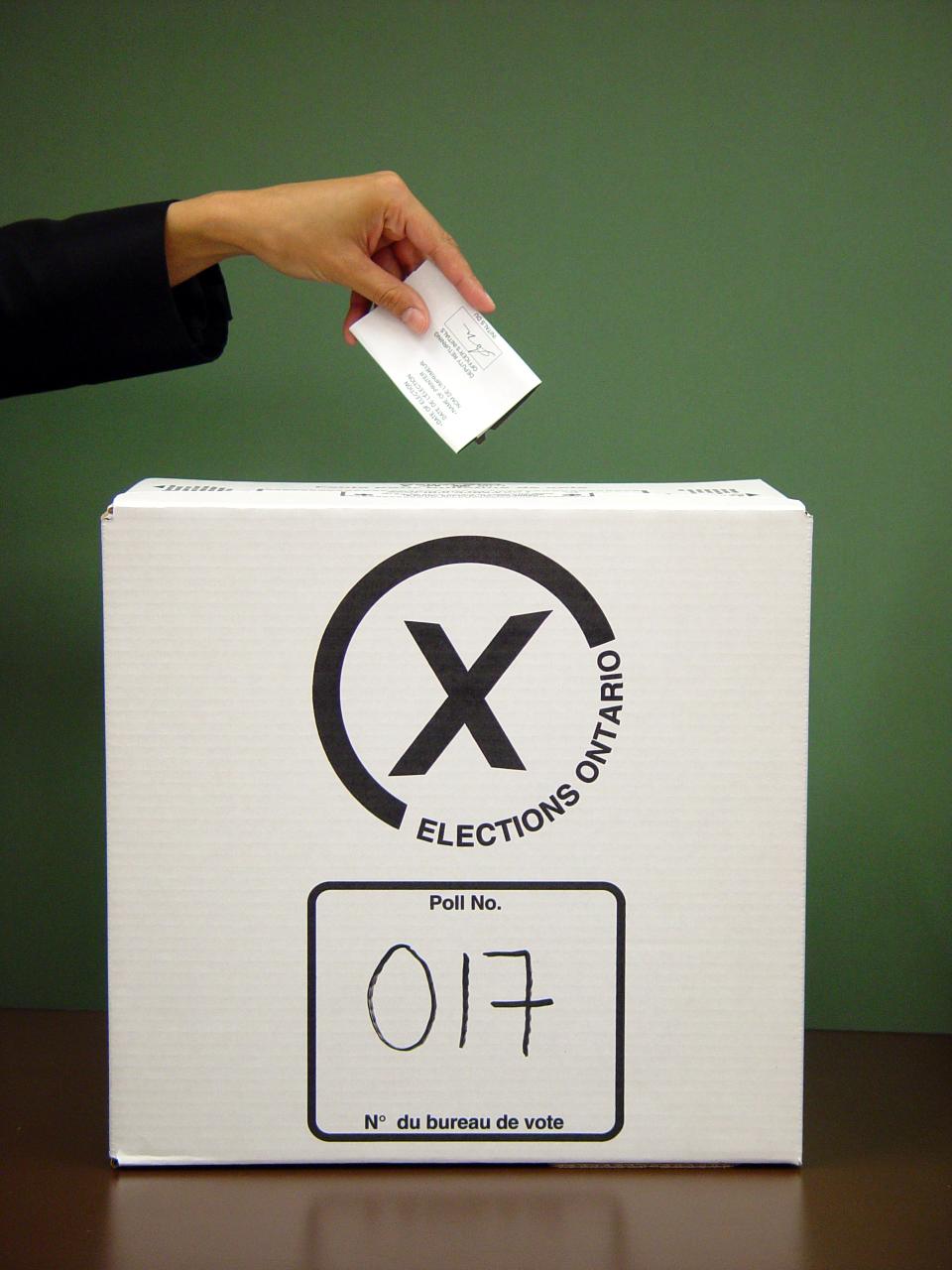