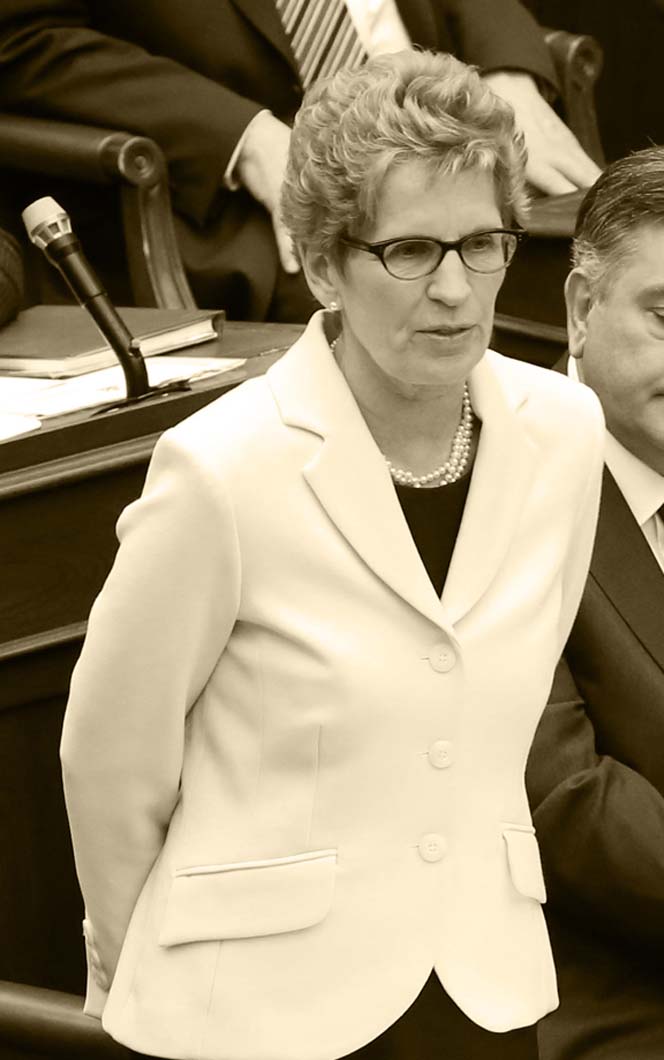 Kathleen Wynne was Ontario’s first female Premier, sworn in on February 11, 2013 and in office until 2018. She was also the first Premier of Ontario to simultaneously take on the role of Minister of Agriculture and Food.