TORONTO, April 28, 2021 – Randell Adjei has been appointed the first Poet Laureate of Ontario. Selected by an Advisory Committee, he was confirmed unanimously by Members of Provincial Parliament through a motion passed in the Legislature today.

Mr. Adjei is a native of Scarborough, Ontario. He discovered his gift and love for poetry thanks to the support and inspiration from one of his Grade 8 teachers who introduced him to writing as a means for self-expression to deal with challenges he was facing. He further developed his artistic skills in high school, refusing to let a brutal robbery shortly after he graduated defeat his ambitions. Believing in the power of performance art to strengthen his resilience, Mr. Adjei founded R.I.S.E. (Reaching Intelligent Souls Everywhere) in 2012 as a safe and inclusive performing arts opportunity to allow youth to express themselves in a positive way. R.I.S.E. is now one of Toronto’s largest and longest running youth led initiatives.

A member of the League of Canadian Poets, he has performed across the globe and in support of high-profile figures such as President Barack Obama and Toronto Mayor John Tory. His first anthology, I Am Not My Struggles, was published in 2018.

The Poet Laureate of Ontario Act (In Memory of Gord Downie) was introduced by Windsor-Tecumseh MPP Percy Hatfield and passed unanimously in the Legislature in December 2019. It honours the late former lead singer of popular Canadian rock band The Tragically Hip, whose poetic lyrics touched the hearts of Canadians from coast to coast. A native of Kingston, Ontario, Downie passed away in October 2017.

“There are strong connections between Gord Downie’s artistic expression, and mine,” Mr. Adjei states. “We share a love for the lyric word to bring attention to stories of social injustice, and we have used our poetry to unite others in the understanding of these plights. It’s something I will continue to do as Poet Laureate.”

“I join all MPPs in congratulating Mr. Adjei on his appointment,” said Speaker Ted Arnott. “As Ontario’s first ever Poet Laureate, we know he will make an extraordinary contribution to the Province’s literary arts.”

The Poet Laureate will report to the Speaker as an Officer of the Assembly. Responsibilities will include writing poetry, promoting art and literacy in the province, celebrating Ontario and its people, and raising the profile of Ontario poets. 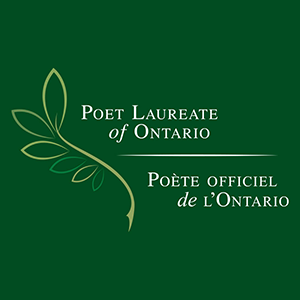 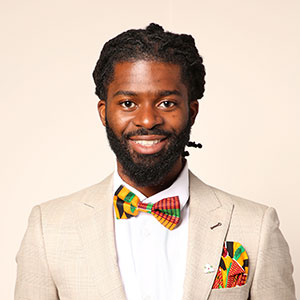 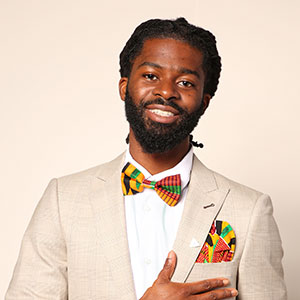